Hellfest Summer Open Air is an extreme music festival held annually in Clisson (France) since 2006. The promoters of this event previously organized the FuryFest in Le Mans in 2004 and 2005.

In June 2009, religious and right-wing groups asked the festival sponsors to disengage from Hellfest. Coca-Cola announced a few days later that they will no longer support the festival. 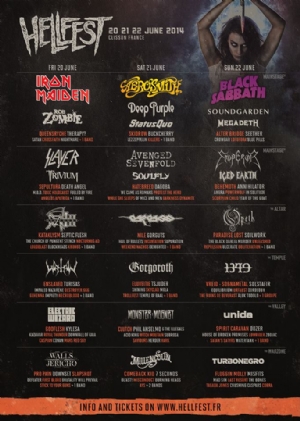 Fire From The Gods

Me And That Man

System Of A Down

The Great Old Ones

Thy Art Is Murder