The Irish Festival of Oulu

The City of Oulu, Finland, the northern frontier of Irish music, is the proud host of the annual Irish Festival of Oulu, which was first held in 2006.

The festival brings the hooley (party) to Oulu with world class bands and Irish culture. The event took place for the fifth time from September 30 to October 3, 2010. Organized by The Irish Music Society of Oulu, the festival celebrates the richness of Irish culture including dance, poetry, story telling, an Irish Wolfhounds parade, and plenty of world-class traditional Irish music. 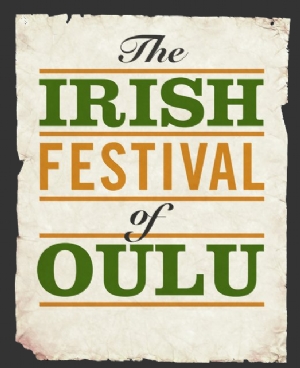