The first edition of Graspop was organised way back in 1986 as a local pop festival with mainly local acts. Two decades later, Graspop has evolved from a small-scale family affair to a major and internationally acclaimed metal event. This obviously didn’t happen overnight.In the summer of 1995, what should have been a festive tenth anniversary edition of the Graspop festival turned into an organiser’s worst nightmare. The turn-out was abysmal in spite of top acts like Joe Cocker and Simple Minds. An overkill of pop festivals jeopardised the concept of Graspop as a family happening and this left the festival with a difficult choice. Organiser Peter Van Geel realised that a repeat of the same formula offered no prospects for the future.

The success of the 1993 and 1994 editions, when the bill leaned towards the heavier side of the musical spectrum with the likes of Motörhead, The Ramones, Paradise Lost and Biohazard, gave the organisers food for thought. They decided a radical change of course was in order and resolutely steered the festival toward the heavier music genres.
Around that time, concert organiser Bob ‘Biebob’ Schoenmaekers was faced with an entirely different set of problems. The Midsummer Metal Meeting – an indoor festival – was bulging at the seams since it was impossible to expand indoors. Bob came up with the idea of organising the first open-air festival, but he lacked the organisation able to mobilise sufficient manpower. Promotor Herman Schueremans finally brought both parties together and the rest, as they say, is history. The decision was made to join forces in transforming the Graspop Festival into a genuine metal festival. The event was renamed GRASPOP METAL MEETING and was to be organised in Dessel every last weekend of June. 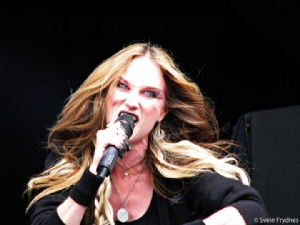