Danko Jones is a three-piece hard rock band from Toronto, Ontario, Canada. Formed in 1996, they have released five studio albums, the latest being Below The Belt. Notorious for their raw and energetic live performances and relentless touring across Europe and North America, the band has gained a large following in Europe, which compensates for their lack of recognition in North America. The band is named after its bandleader Danko Jones on vocals/guitar, JC (also known as John Calabrese) on bass guitar, and Dan Cornelius on drums. 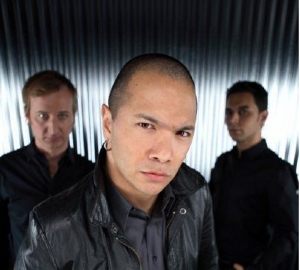