A solo artist, McKee was a founding member of the cowpunk/country rock band, Lone Justice, in 1982, with whom she released two albums. Her band opened for such acts as U2.

When she was 19, she wrote Feargal Sharkey's 1985 UK number one hit "A Good Heart", a song she has since recorded herself and released on her album Late December. The song was originally written about her failed relationship with musician Benmont Tench.

In 1987 she was featured in the Robbie Robertson video "Somewhere Down the Crazy River"and sang backup on the recording. She released her first solo, self-titled album in 1989. Her song "Show Me Heaven", which appeared on the soundtrack to the film Days of Thunder, was a number one single in the United Kingdom for four weeks in 1990. She refused to perform this song in public up until recently, when for the first time in 18 years she sang it at Dublin Gay Pride. She said "She felt it was the right time and place to sing it, I am proud of you".

Following her debut, McKee has released five critically acclaimed studio (and two live) albums. The latter three, High Dive, Peddlin' Dreams and Late December, were released independently via her own Viewfinder Records label (distributed in the UK via Cooking Vinyl).

In 1998, The Dixie Chicks recorded McKee's track "Am I the Only One (Who's Ever Felt This Way?)" and included it on their Grammy nominated album Wide Open Spaces. 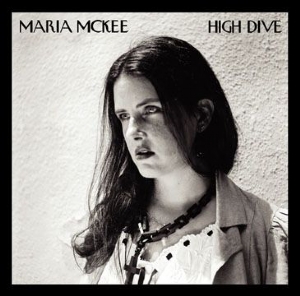